Back to news overview

Our body has a powerful army that protects it from various types of threats including viruses, bacteria, fungi, and parasites: this is the immune system. It has long been known that people who survive an infectious disease will develop protection against that same disease. This is known as immunity. The defense against microorganisms exists on multiple layers of organization to protect the cells, tissues and organs of our bodies from invasion. Broadly, the immune system can be grouped into the innate immune system or the adaptive immune system (Table 1).

Table 1: Comparison between the innate and adaptive immune systems 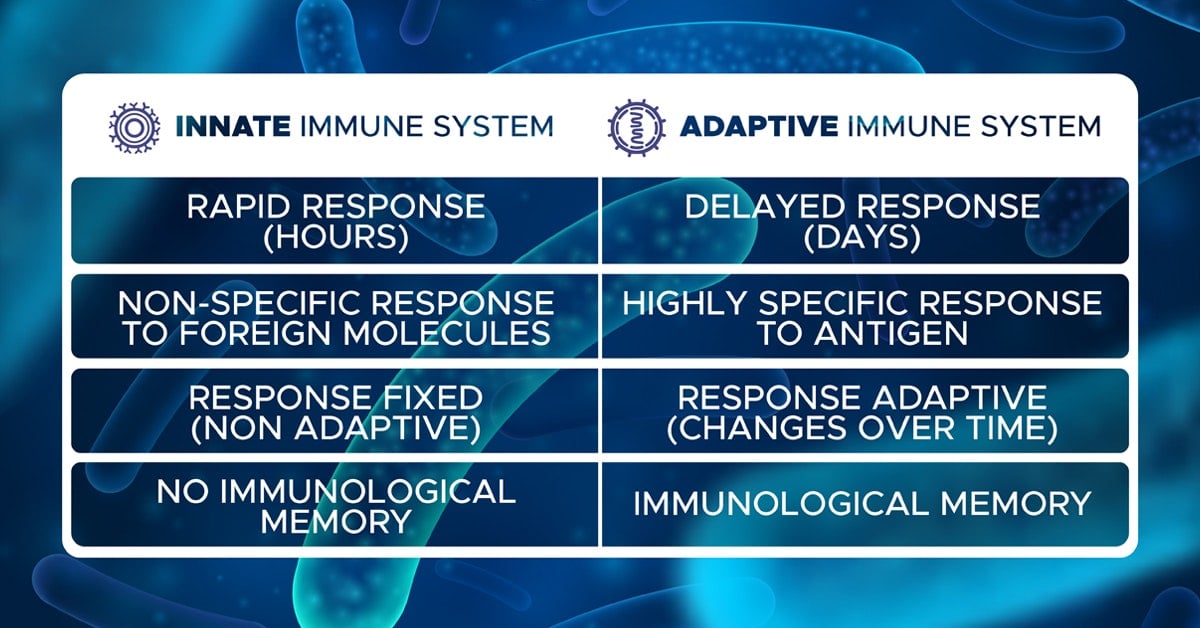 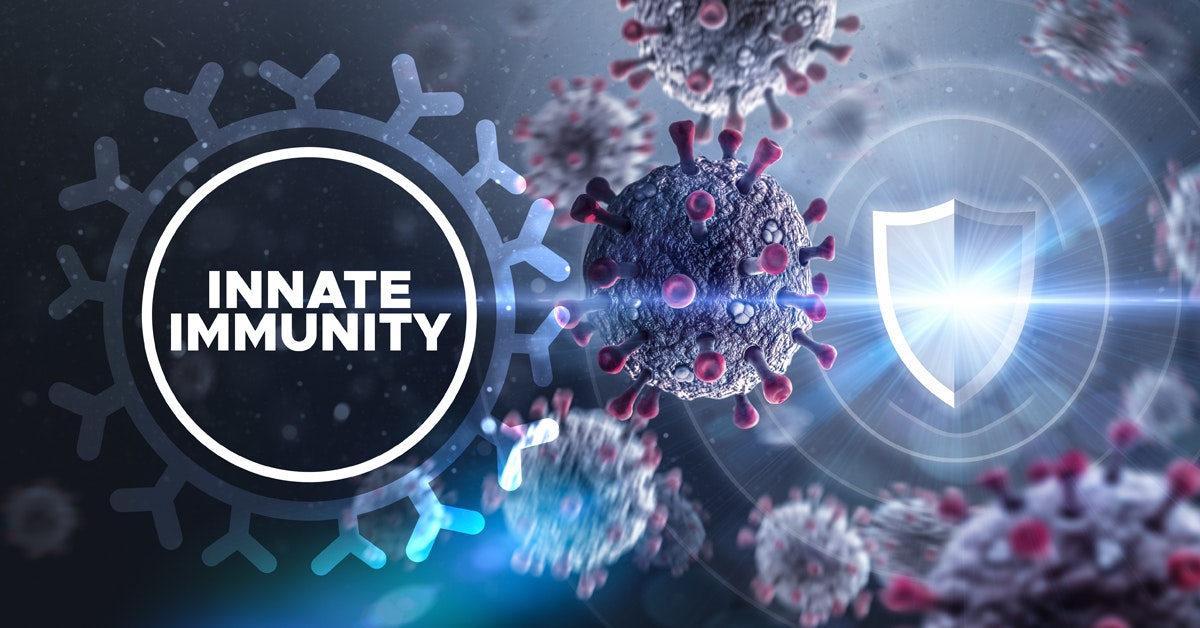 Innate immunity, or non-specific immunity, provides a rapid, early response, and is therefore considered to be the body’s first natural line of defense. This system does not differentiate from one pathogen to another. Its primary goal is to prevent any intruder from gaining access to the underlying tissue. The first component of this defensive system is our skin, the largest organ of the body. The skin functions as a continuous, impassable barrier to potentially infectious pathogens. We also have sticky, viscous mucous membranes lining our organs including the nose, throat, intestines, and reproductive tract. These membranes are structurally designed to trap any pathogens trying to enter the underlying tissues. Combined, these constitute the body’s physical barriers. However, we also have chemical barriers such as the antimicrobial compounds in tear secretions from our eyes or acid in our stomachs. If a pathogen breaches the physical and chemical barriers, such as through skin punctures or by collecting in overwhelmingly large numbers on mucosal surfaces, then the immune system utilizes its innate immune cells, the third layer of immunity. These cells are non-specific in their targeting and simply discriminate between “self” and “non-self,” thereby providing a broad range of protection. Mast cells are one type of white blood cell within innate immunity and are found in the skin and mucosa, where they search for foreign material. When located, they release a signal to queue reinforcements (additional white blood cells) to the area 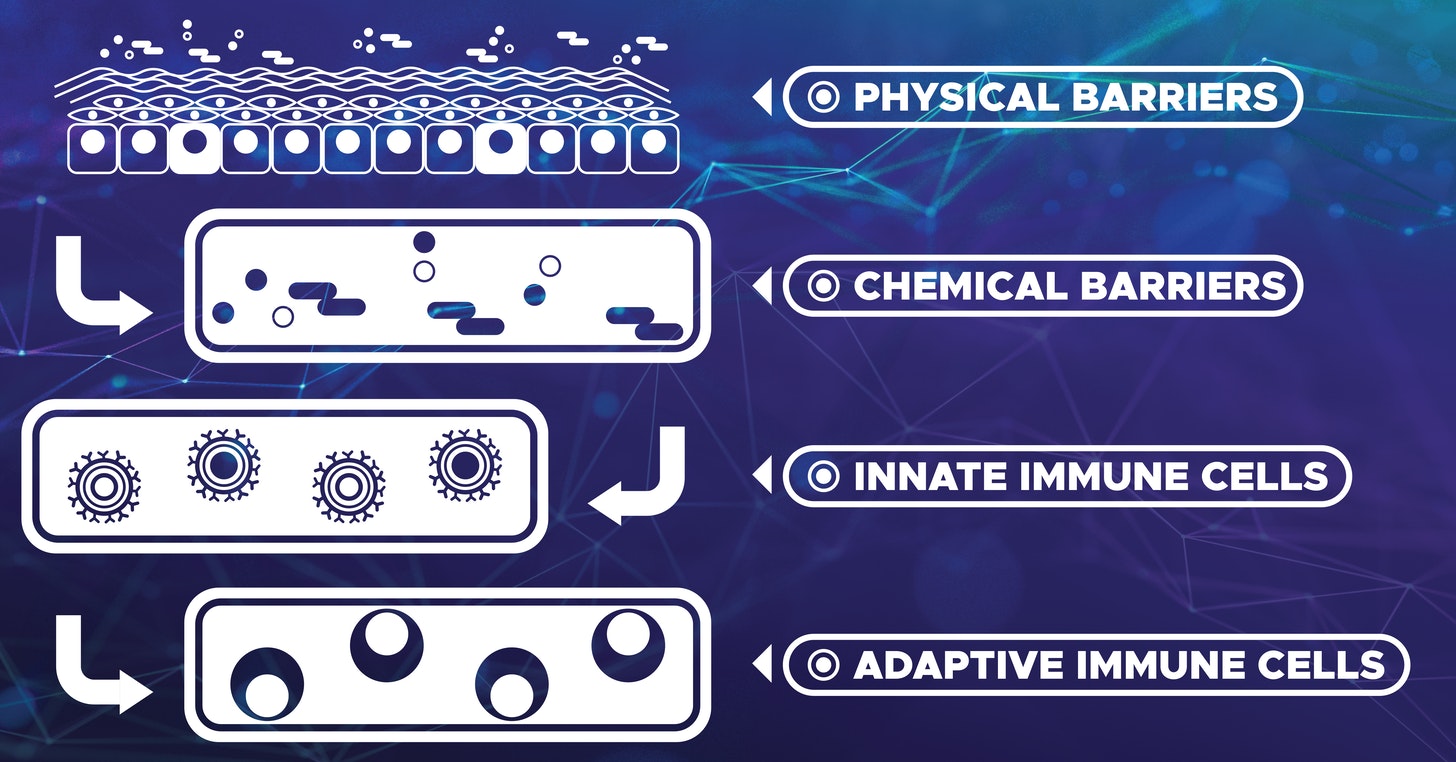 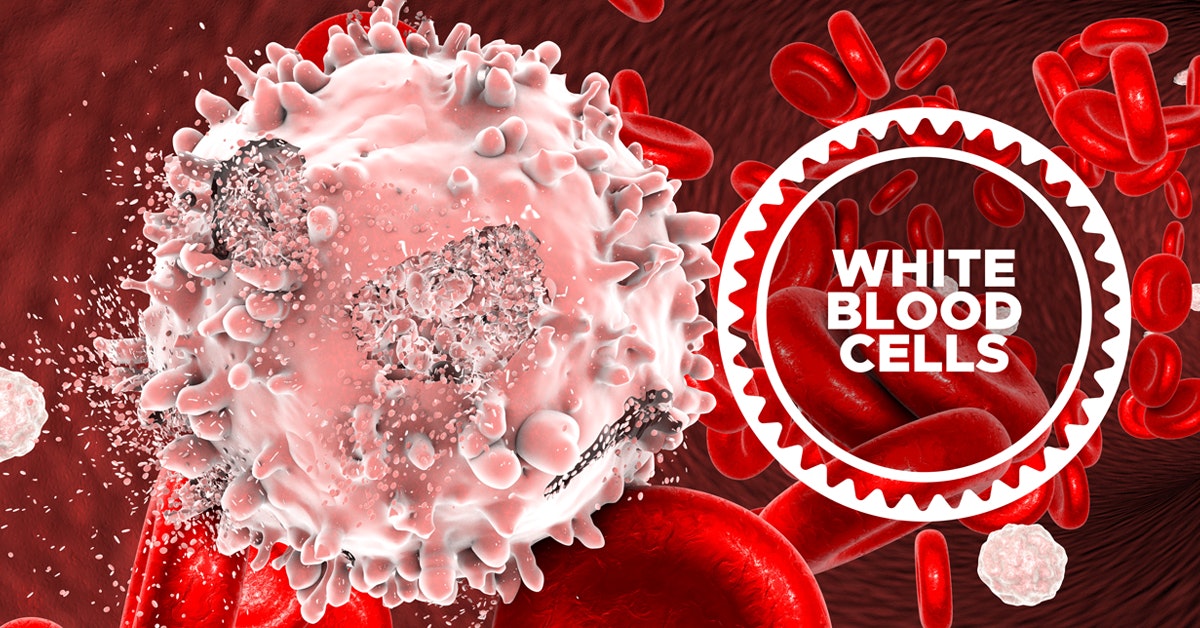 White blood cells (WBCs) come in different forms. Those that belong to the innate system are the phagocytes, cells capable of engulfing foreign cells and molecules and presenting them to the immune system. These cells can either patrol your body, like mast cells, or they can stay in certain places and await deployment. Neutrophils, usually found in the bloodstream, are the most abundant phagocyte, and patrol the body for foreign invaders. They typically are the first responders to a site of invasion, where they rapidly ingest and kill foreign invaders such as bacteria and fungi. Macrophages also engulf unwanted pathogens, but instead of roaming freely in our blood, they tend to monitor critical organs. We also have natural killer cells (NKCs) which can efficiently detect when our cells have gone rogue (e.g. cancerous) or are infected with a virus. NKCs patrol the environment and specifically recognize when a previously healthy cell has stopped producing a critical protein called the Major Histocompatibility Complex (MHC). When they find a cell lacking the MHC protein, meaning it is infected or cancerous, NKCs bind to the damaged cell, releasing chemicals to destroy it. Dendritic cells are localized in bodily regions that come in contact with the outside environment, such as the nose and lungs. They are the link between the innate and adaptive immune system. The dendritic cells travel from the site of infection to the nearest lymph node, triggering a cascade of events. Inside the lymph nodes, dendritic cells alert helper T cells, the adaptive immune system’s communication specialist, to the presence of foreign molecules, called antigens. These antigens are molecules found on the surface of pathogens that can be detected by our adaptive immune system. If the invader slips through these multiple layers of defense, a more targeted defense is needed. This is where the adaptive immune system comes in. 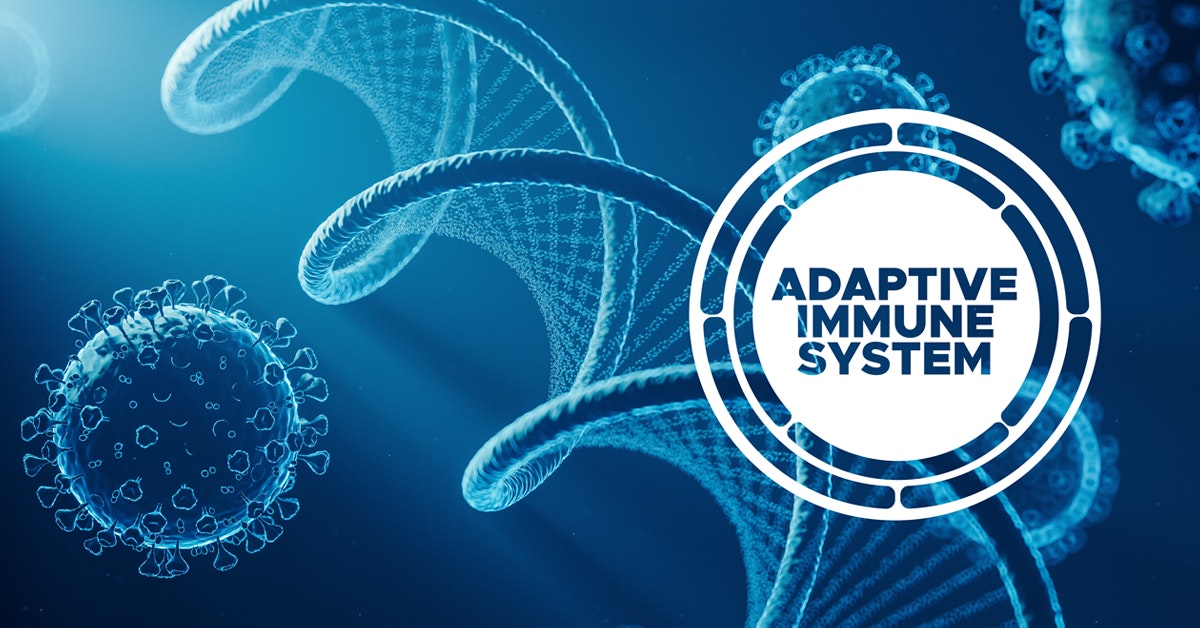 The adaptive, or acquired immune system, is more efficient and targeted, as it can differentiate between different types of pathogens. It has two main components: T-lymphocytes, or T-cells, and B-lymphocytes, or B-cells. T-cells join the battle when an infection has already occurred, thus bringing about the cell-mediated immune response. B-cells join the fight when pathogens have entered but have not yet caused any disease. This is called the humoral immune response. We already discussed helper T-cells, the cells that receive signals from the dendritic cells or macrophages. There are also effector T-cells, cells that cycle through the body and activate other WBCs, including B-cells and memory T-cells, which keep a record of this antigen for future reference. Cytotoxic (or killer) T-cells, on the other hand, kill already infected or dying cells.

B-cells produce antibodies, the molecular weapons that target pathogen’s antigens with great specificity, unleashing the body’s ultimate defense. Antibodies “tag” pathogens for destruction by macrophages, before the pathogen can enter a host cell. B-cells also produce memory B-cells when they encounter an antigen. The B- and T-memory cells, combined, hold the record of our immune system, or immunological memory, that confers immunity to subsequent infections with the same pathogen.

We have come to the end of turbo overview of the innate and adaptive immunity. By now, you should have a rough idea of how the system works. In subsequent reviews, we will focus more sharply on the individual players involved in the immune system, paying special attention to how and where these players interact with one another, particularly in the context of vaccination and therapies.

By clicking submit below, you agree that IPA may store and process your personal information to send you email updates. You can find further information in our Privacy Policy.